Just google’d “hedge one’s bets” and found 1. Avoid committing oneself when faced with a difficult choice. 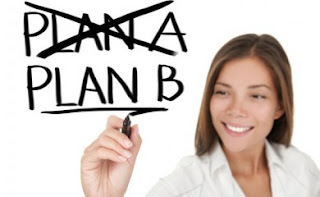 Now this may seem like the coward’s way out of tough decisions, but I’m here to tell you it’s the only way to be assured you’re going to survive the leveraging game.   You have a built in barometer of your own tolerance for risk.  All of us do.
When you are facing tough decisions, and these when not life and death (and even sometimes when they are life and death) are in some way boiling back to money, fear and the fear is of losing the money.   I like to think of the abundance mentality, myself, and ascribe to the pie is big enough theory that everyone can have a slice, but alas, the world doesn’t operate that way.
Prudence, then mandates that you face facts.   If one out every four households in the great state of Oregon are on food stamps, then you get the idea that abundance thinking leaves a quarter of the pie completely decimated by poverty, and I would estimate that clearly half of the pie is also missing some filling.
So in the top ¼ of the pie there is some good opportunity and for the 1% of the pie eating public, there is too much pie.
I’m wanting you to at least be in the top quarter, so “hedging” is one way to get there.
Examples of hedges I’ve made in the past that have paid off, are while committed to starting a computer training business, I also spent weekends and some nights finding real estate investments to purchase (after we had secured, and purchase our first house in Portland, Oregon).   The median price of a home at the time was $99,000 (1992) and today it’s around $246,000 today (2015) now granted that is 23 years later, but the increase is a whopping 148% increase, and the house we actually bought increased to around $499,000 after purchasing for $126,000 ( a 300% increase ! ).
So beyond my house, which I leveraged several times (to take out 2nd mortgages to buy more investments), my wife and I, invested first in a duplex, then later a fixer, then a 10-plex and we kept going.
The business lease was up, after 5 years, and someone close to my landlord mentioned that “Bill, knows you aren’t going anywhere” , translated: he was ready to up the rent and give me the shaft, so I took that and the 60 days before my lease was over, to find a building for sale up the street.  It was bigger than I wanted, but it was a deal at $500,000 and I could leverage an SBA finance loan with only 10% down because I was going to occupy the building !
The building sold for $765,000 3 years later.  But the “Hedge” in taking the risk, on buying more building than I could use, the relocating my business and “paying myself rent” in a closed economy of my own doing ( I was the landlord, tenant and janitor!) payed off handsomely.
If we looked at the $50,000 down on the building, and we leveraged the business to pay the rent, and we looked at the $250,000 profit after 3 years we can see that there was a 400% return on the $50,000 in just 3 years!
Hedging your bets means making sure you are when faced with a difficult decision you also act in ways that are COMPLETELY IN YOUR BEST INTEREST.   That is the hedge.  If you are paying someone else a LARGE SUM OF MONEY, you need to figure out a way to hedge that bet.
You are right to bet on yourself.    Paying big bucks for education, for additional career training these are all GREAT HEDGES.  Why?   Because you stand to earn 1 million, 2 million or more in your lifetime … of course the ROI of getting more knowledge is worth the investment.  I always condone expenditures, even loans for these two things:

Loans for anything else are what I would call “REVERSE HEDGES”.  That is to say if you are getting loans for a car, for furniture, for vacations you are doing the opposite of avoiding the commitment on a difficult decision about spending money … you are thowing caution to the wind, and just going for it.
Well, you will have to pay for that reverse hedge at some point, later in time.
In fact it will cause pain, later.   So I won’t say “Enjoy it now”, I will say DON”T DO IT.
Pay cash for your cars, your trips, your furniture … or buy used, buy discount and don’t ever put any of these items on credit.  If you can’t afford it, then the decision is made for you.  Suzie Orman should ring in your ears “Denied! Girlfriend (or Boyfriend)”   you can’t afford it right now.
Get it when you can, and you are hedging your bets correctly … towards a time when things will not be such a difficult choice.
Often our ego will play into it, or impulse (which is our ego’s way of saying “we’re going to miss this deal”).   As you get on in years, you will realize there is “no such thing as a free lunch”, and “deals, or markdowns are reducing already high margin/profit prices to a more realistic range, but they are always going to be deals” … and buying used (cars, even furniture-gently used) can be a real bargain and a great hedge when a decision to replace something in your life comes around.

Posted by MartyMazurik at 10:02 AM No comments: