Buckwheat - a work in progress

I got the wild idea that a gluten-free flour needs to come under my mastery. Dammit.
The one that popped into my head; grey, dense, really a non-riser was ~
Buckwheat! 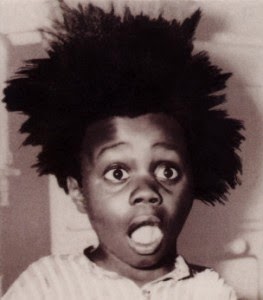 
So I'm thinking, break that density up with vegetables that have some carmilized brown on them, and put it in the batter, then cover it with mushroom gravy. 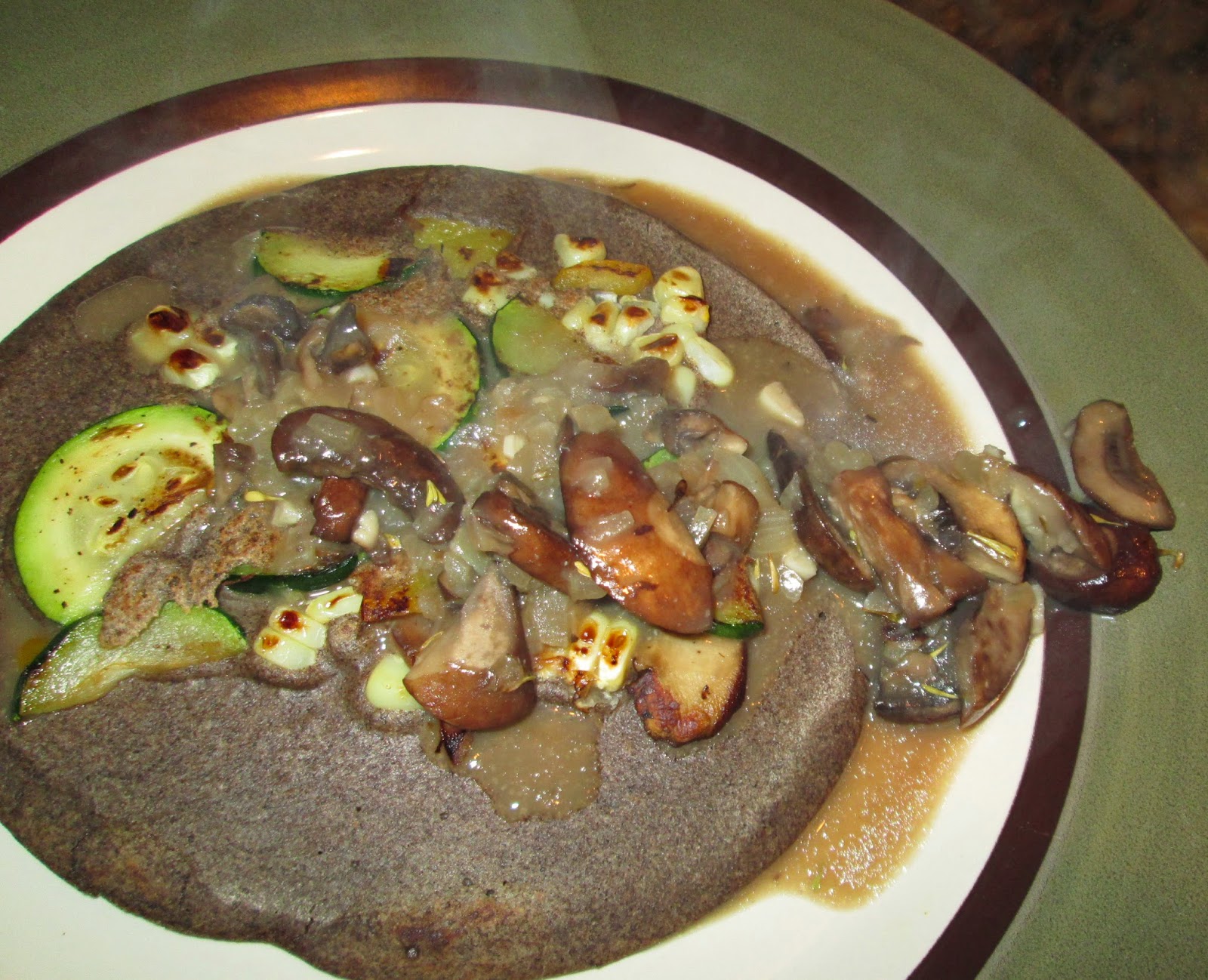 So basically for the mushroom gravy, you can find Mushroom Broth (near the Chicken and Vegetable broth), mince 1/4 cup of onion, slice up 1/2 cup Cremini mushrooms, add a dash of wine, salt+pepper, I put some almond milk (like a tablespoon, for color), reduce and at the end thickened it with a teaspoon or two of cornstarch and a little water. 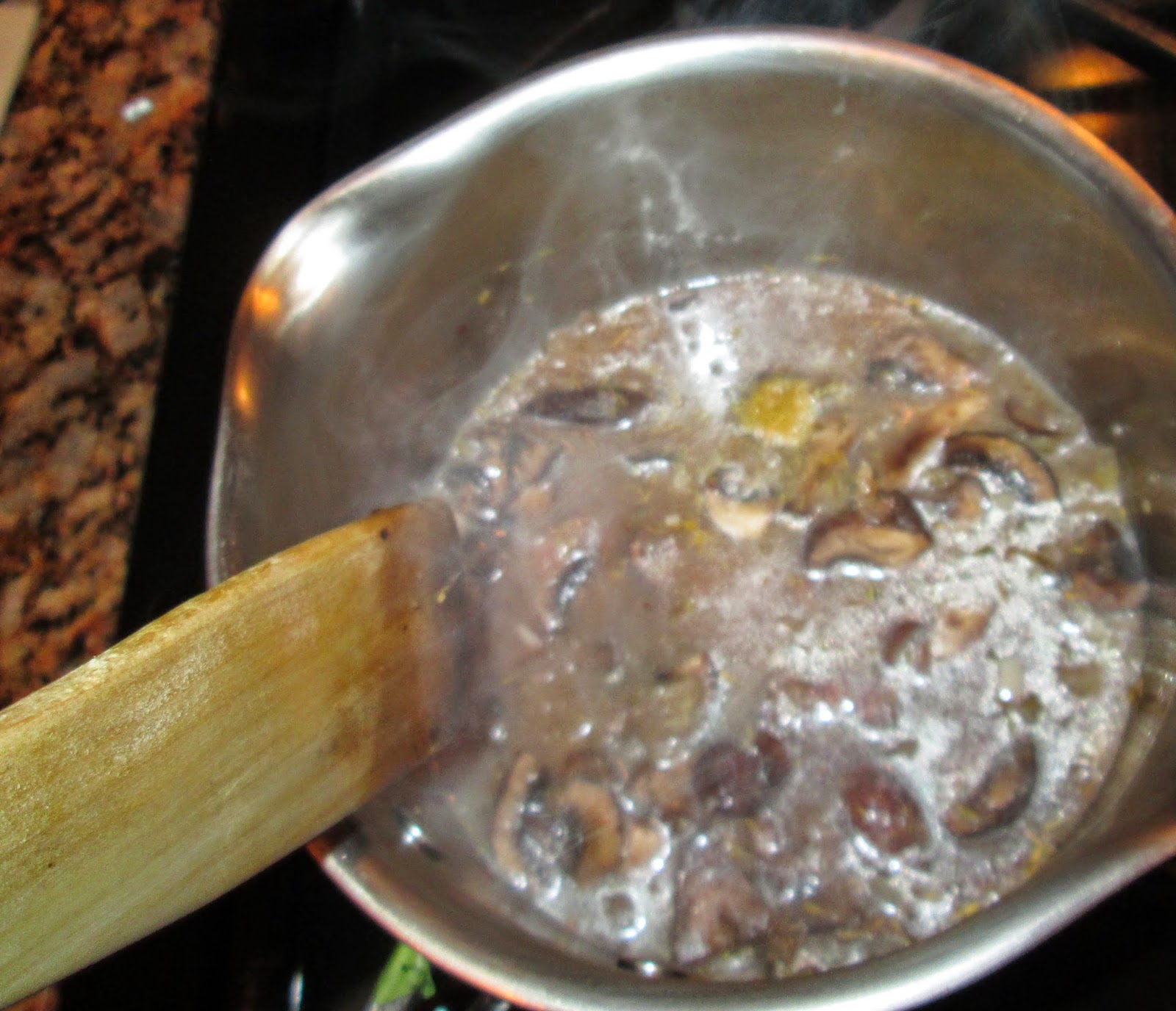 While that's simmering, slice 1/2 a zuchini, thinly. Cut the bottom off an ear of corn and microwave in-the-husk, for 3 1/2 minutes.   Squeeze from the tassle end, and out pops your ear (or use canned corn, drained).   I added some yellow pepper, and a few Crimini mushrooms too.

Saute those sliced vegetables. Mix the buckwheat with flour and almond milk until the right consistency add some sweetener (agave, or sugar), 1 tbls of cornstarch and 1 tbls of baking power (dammit, didn't have the baking powder this time. They were F-L-A-T, and got no rise out of me either)

Center the batter in a hot pan (sprayed with some cooking spray), cook and keep watch; you want to add the vegetable before the pancake sets up completely, but the bottom side is cooked. 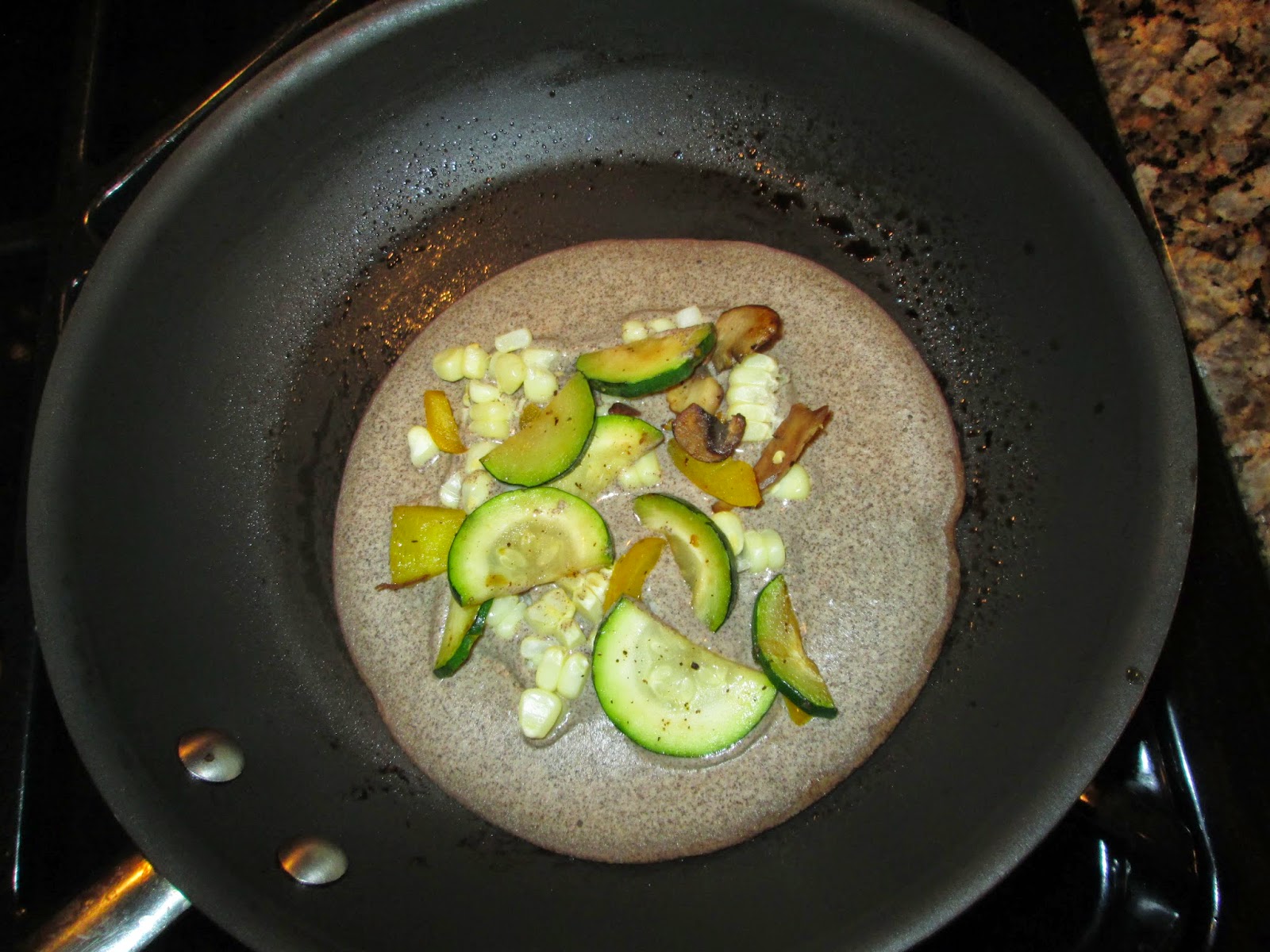 Press the veggies into the batter a bit, then you can put a lid on (for about 15-30 secs), before flipping.   Remove lid, and flip. 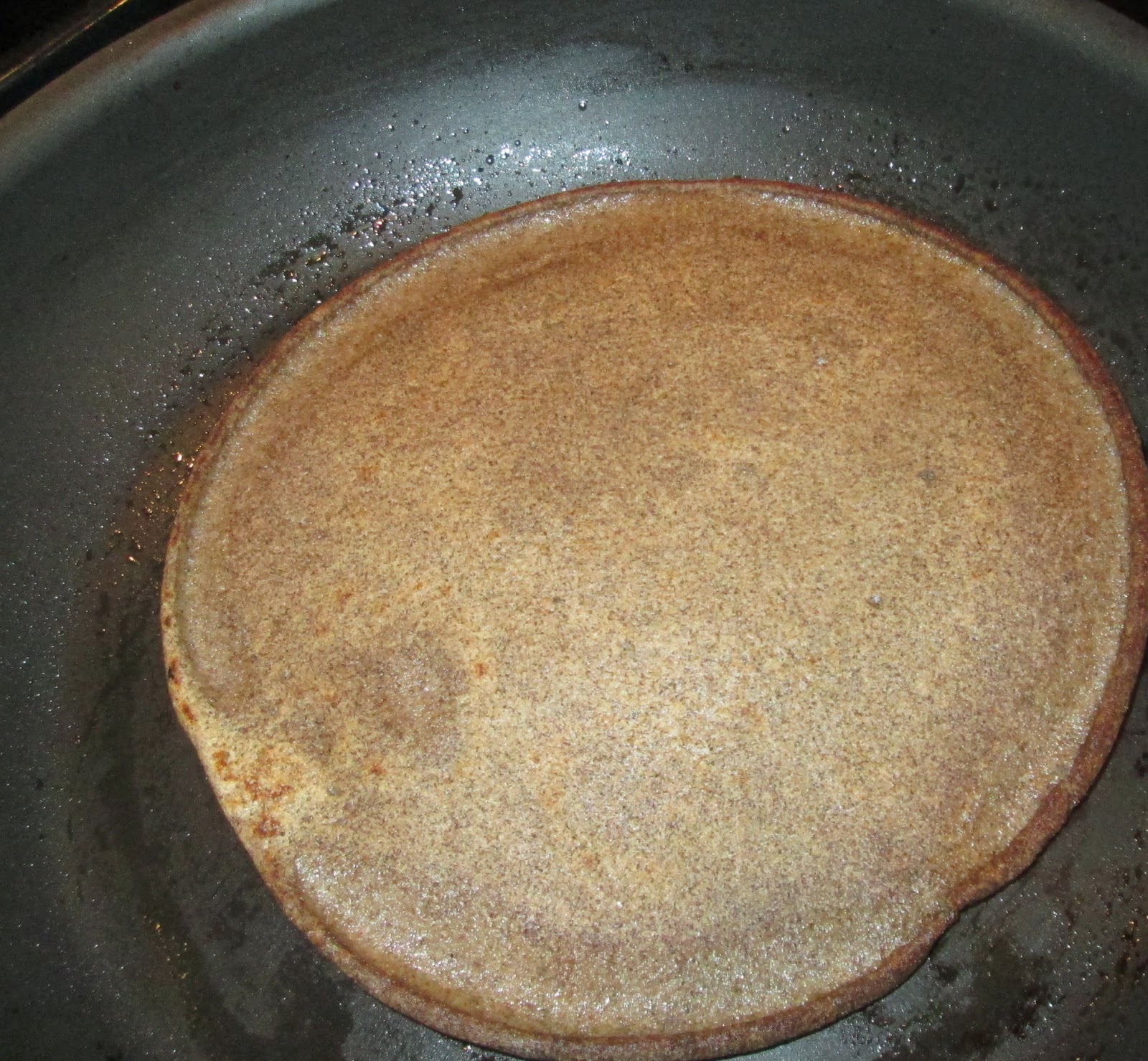 Let cook a few minutes more, cover if you like. Then flip onto a plate (veggie side up!). 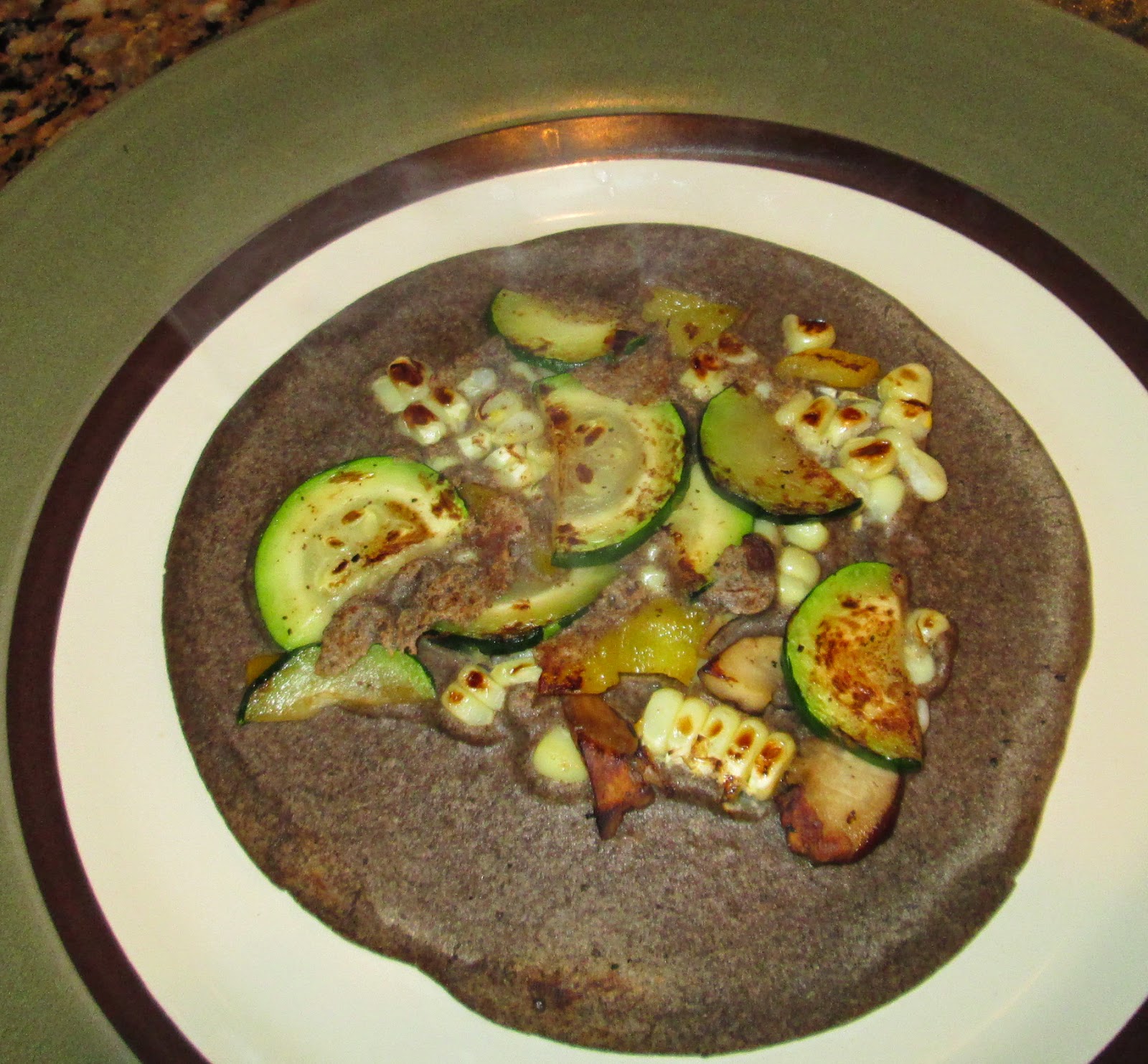 Spoon mushroom gravy over and server.

So how was it?   eh.   The flavor of the other stuff was great, the veggies, the corn with a bit of caramelization, the mushroom gravy fantastic.

The buckwheat needs help.    Maybe it was the non-stick pan, ick.  Nothing better than the iron skillet for this. Maybe its the lightness on oil, of which I'm trying to be very light-to-non-existent. Likely it was the lack of a rising agent (baking powder or yeast).  Probably a combination of all of the above.

Conceptually this can work, I don't know if the "pancake" is the right format, and I will think about other ways to present the batter part (and crisp it up a bit, thru likely some time in the oven), I just don't want loaves or muffins or some-such thing.

I'm thinking thin the heck out if, get it to crepe up, and roll it.  May play with that, buckwheat crepes a bit.

Anyway, that's it for the Buckwheat Pancake Fritter ... to be continued.   Humphhhh.,  buckwheat wins again.
Posted by MartyMazurik at 7:04 PM

Email ThisBlogThis!Share to TwitterShare to FacebookShare to Pinterest
Labels: recipe